Because this month marks the centenary of the First World War we thought we would show you a recent visit made to the Wilfred Owen Memorial at Ors in the Nord-Pas-de-Calais, France.

The memorial was created from an existing red brick foresters home, La Maison Forestiere, which stands over the original cellar where Owen spent his last night. The next day he was killed while trying to cross the Sambre Canal, one week before the Armistice.

An English artist, Simon Patterson, was commissioned with the original design in collaboration with the French architect Jean-Christophe Denise.

The memorial is a startling white structure approached via the surrounding forest from the village of Ors. The house appears like a “bleached bone” as Patterson describes it.

Viewed from the North the roof appears normal but when viewed from the South the structure reveals itself to be in the form of an open book, face down with the spine uppermost. Glass “pages” admit light into a gutted interior lined with glass panels into which are etched lines of Owen’s poem Dulce et Decorum Est in his own handwriting. As you stand there the lights are dimmed and you hear the voice of Kenneth Branagh reading twelve of Owen’s poems.

Outside a circular ramp takes you down to the cellar where you hear Branagh reading out Owen’s last letter to his mother. She received the letter with the notification of his death on Armistice Day.

The entire structure is a wonderful symbiosis of sculpture and architecture providing a powerful visual and audio experience.

Owen rightly called the war “a barbaric absurdity”, but his poetry and memorial helps to celebrate the art that came out of the tragedy. 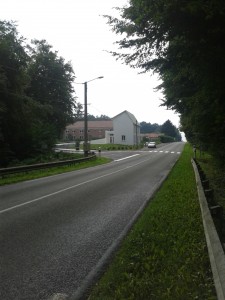 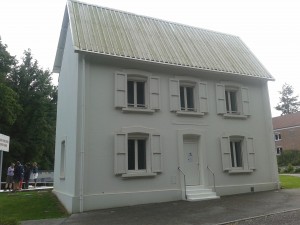 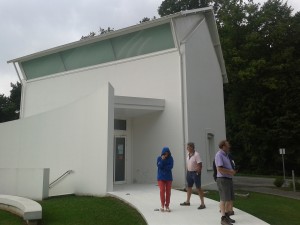 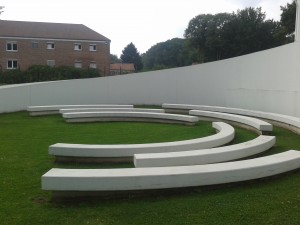 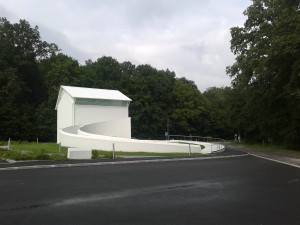 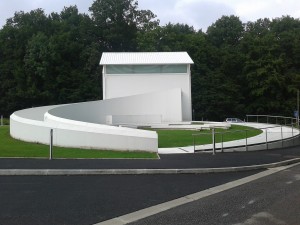